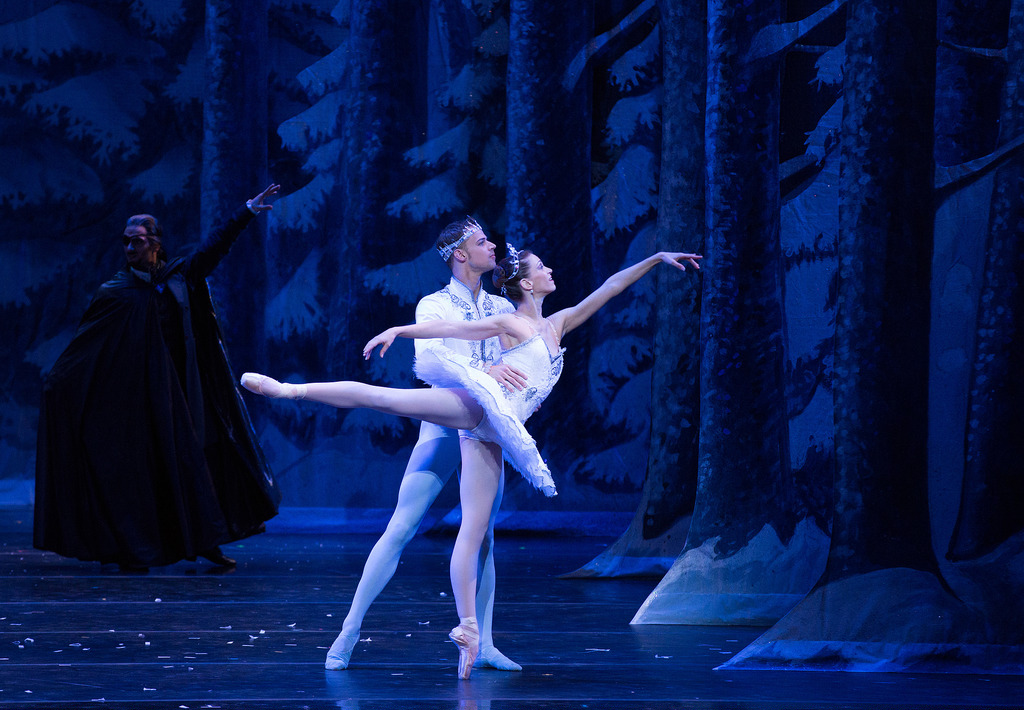 Kansas City Friends of Alvin Ailey will present “The Next Generation of Dance” featuring the dancers of Ailey II, whose repertory includes Alvin Ailey’s classics and new works by emerging choreographers. Under the artistic direction of Troy Powell, the company performs across the country and internationally but calls Kansas City its second home.
816-474-4444.
Tickets are $25-$78 through kcfaa.org/ailey-ii or follytheater.org.

A hybrid of stand-up comedy, theatrical monologue and poetry, “Red Noise” is the one-man show of Owen O’Neill. The Northern Irish writer, actor, director and comedian has toured the world with his show, which features stories from his life, including growing up with 15 siblings, being struck by lightning at the age of 9 and undergoing an interrogation by the Irish Republican Army.
Central Standard Theatre.
816-635-0543. Tickets are $15-$25 through cstkc.com/the-invasion-2018.

8 p.m. Friday, April 6, at Arvest Bank Theatre at the Midland

The Teachers Only Tour, with its portrayal of life in the classroom from the point of view of an actual teacher, has established Eddie B. as the voice of the profession across the globe — and as a popular stand-up comedian. The former fifth-grade teacher in Houston has been selling out shows since becoming an online sensation with his teacher-centric viral videos.
816-283-9921. Tickets are $35-$65 through midlandkc.com.

The Kansas City Ballet’s Anniversary Dance Festival will consist of six performances over two weekends, with the first weekend featuring George Balanchine’s “Diamonds” and a Kansas City premiere by Matthew Neenan. “Diamonds” is the third and final ballet of Balanchine’s “Jewels.” The highlight of the second weekend will be James Kudelka’s “The Man in Black,” with music by Johnny Cash.
816-931-8993.
Tickets are $40.50-$130.50 through kcballet.org.

Six nationally recognized artists will join the Kansas City Urban Potters’ core group of potters for demonstrations, lectures, a flower bar, refreshments and a selection of handmade pottery. All 13 artists will be on hand to chat with the public and will have works on display and for sale, ranging from bowls and cups to large platters and flower vases.
kcurbanpotters.com.
Free.

Since forming in 1993, Tao has showcased the traditional art of Japanese drumming in more than 22 countries and 400 cities. Complementing the group’s drumming is innovative choreography that includes martial arts displays. The members of the troupe train in the mountains of Japan, and the music, much of which they compose, reflects their diverse backgrounds.
Johnson County Community College.
913-469-4445.
Tickets are $45-$55 through jccc.edu/theseries.

Fishtank Theatre and the Charlotte Street Foundation will present this drama by Jaki McCarrick, who also wrote “Leopoldville.” “Belfast Girls” is about five young women escaping the Irish famine in 1850 and seeking a fresh start by traveling on a ship to Australia. En route, the women share their secrets, but some cannot escape the memories of the lives they’ve left behind.
Runs through April 29.
816-809-7110.
Tickets are $25-$30 through fishtanktheatre.com.

This will be the best chance of the young season for the younger crowd to see the new-look Royals. Wednesday’s game will be the season’s first Student Night, even though it will start in the afternoon. Students with high school or college IDs and any youth 14 and under with an adult can purchase select reserved tickets for $10. Also, the Hermon Mehari Quartet will play at noon.
800-676-9257.
Tickets are $10-$115 through mlb.com/royals.

“GOLDILOCKS AND THE THREE BEARS”

You know the fairy tale, but the Theatre for Young America will stage a production with a modern twist. This musical version features a Mama, Papa and Baby Bear who lead an ecologically correct existence until Goldilocks comes on the scene. She’s a show biz kid from the city who teaches Baby Bear how to sing, dance and act.
Runs through May 12. 816-460-2083.
Tickets are $11 at tya.org.

From feature documentaries and narratives to short documentaries and narratives, more than 100 local, regional, national and international films will be on display and competing for cash prizes during the 22nd annual Kansas City FilmFest. Film fans can enjoy the screenings and can meet and learn from the filmmakers.
Runs through April 15.
Individual tickets ($10) and festival passes ($45-$80) are available at kcfilmfest.org.

The gold medalist at last year’s prestigious Van Cliburn International Piano Competition — ahead of silver medalist Kenny Broberg of Park University — 28-year-old Yekwon Sunwoo has since performed around the world. Two weeks after his Van Cliburn win, Decca Gold released “Cliburn Gold 2017,” which includes his performances of Ravel’s “La Valse” and Rachmaninoff’s Second Piano Sonata. Sunwoo was born in South Korea but studied at Juilliard.
785-864-2787.
Tickets are $11-$35 through lied.ku.edu.

The Darkness, April 8, The Truman. thetrumankc.com

Andrew McMahon in the Wilderness and Friends, April 10, The Truman. thetrumankc.com

“The Supreme Court in the Age of President Trump,” April 5, Unity Temple on the Plaza. trumanlibraryinstitute.org

Frances Mayes, author of “Under the Tuscan Sun” and “Women in Sunlight,” will be featured at Books & Boutiques, April 6, Overland Park Convention Center. saintlukesgiving.org