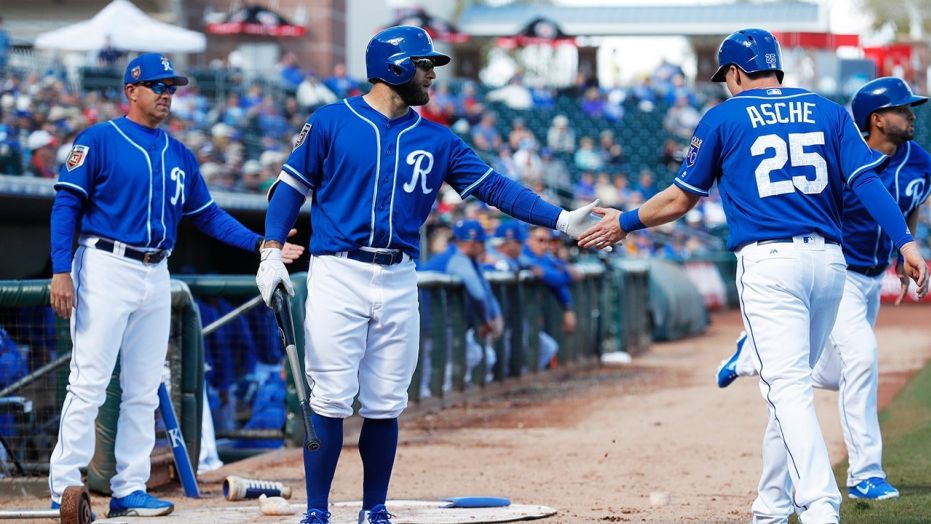 Finally, after what has seemed to be a never-ending offseason, the Royals will open the 2018 season. Eric Hosmer, Lorenzo Cain and others are gone, so most experts expect a lot of losses. But with a 162-game schedule, there are bound to be quite a few victories as well. And for those losses, you will now be able to drown your sorrows in Dunkin’ Donuts. 800-676-9257. Tickets are $50-$363 and $11-$132 through mlb.com/royals.

Originally from Ghana, Michael Blackson honed his comedic skills in Philadelphia before hitting it big on TV shows such as BET’s “ComicView” and HBO’s “Def Comedy Jam.” He since has appeared in multiple movies. Of late, he has made headlines for his feud with former Philadelphia pal Kevin Hart, whose marital cheating scandal has become grist for Blackson’s stand-up act. 816-759-5233. Tickets are $35-$45 through improvkc.com.

Monster truck fans will have three chances to see the custom vehicles with giant wheels jump over some things and smash other things. Vinny Venom and Snake Bite claimed the Toughest Monster Truck 2017 title by edging out Aaron Cain and Quad Chaos as well as Larry Swim and Bigfoot. It marked the first time in five seasons that a Bigfoot truck did not finish atop the standings. 816-442-6100. Tickets are $12-$40 through silversteineyecentersarena.com.

Science City will offer a full slate of Easter-related activities, including hat decorating, egg coloring, face painting, an egg scavenger hunt and photos with the Easter Bunny. The activities will culminate with the Easter Hat Parade and Contest that will begin in Union Station’s Grand Plaza, then kids can enjoy all of Science City’s offerings the rest of the day. 816-460-2020. unionstation.org/sciencecity. $13.25 regular admission.

Just as the Royals open their season, their gift to the city also will debut. The plan is for the academy to become the epicenter for youth baseball and softball throughout the Midwest, beginning with the 18th & Vine community. In addition to a ribbon-cutting and dedication ceremony, the day’s activities will include a UMKC women’s softball game, instructional stations and other family fun. 816-513-7500. kcparks.org/event/kcuya-grand-opening. Free.

Harkening to what has been a presidential South Lawn tradition for nearly 150 years, the Truman Library will hold White House-style egg rolls as part of its pre-Easter celebration. Other activities on the library’s grounds will include story times featuring famous faces from around town and egg hunts, with a family scavenger hunt to follow on the Independence Square. 816-400-1212. trumanlibraryinstitute.org. Free.

In a concert for the entire family, NewEar will explore animal sounds and themes through wind instruments and a string quartet during its performance at the zoo. The central piece will be Luciano Berio’s Opus Number Zoo. The ensemble focuses on music written within the last 20 years, and its interpretations often blur the boundaries of classical, rock, jazz and other genres. Polar Bear Passage. Tickets are $5-$25 through newear.org.

Fans of romance novels will be able to rub elbows with some of the best in the business at KissCon, sponsored by Woodneath, Avon Books and Rainy Day Books. Best-selling authors such as Lenora Bell, Lori Foster, Linda Howard, Cathy Maxwell, Alisha Rai, Jill Shalvis, Jodi Thomas, Marie Tremayne and Lori Wilde will talk books and answer questions, and attendees can participate in romance trivia for prizes. 816-883-4900 or 913-384-3126. mymcpl.org or rainydaybooks.com. Free; VIP reception, sold out.

The name alone ought to be enough to attract a good many people with a love for the unusual to this event, the first of its kind in the Kansas City area. Vendors will sell items ranging from taxidermy, antiques and animal bones to odd jewelry, unusual art and all-round creepy, strange and bizarre items. Tickets are $5 at givebacktickets.com/tickets/kansas-city-oddities-curiosities-expo.

Since opening the season by going 2-1 in three matches against 2017 Major League Soccer playoff teams, Sporting Kansas City has entered a less daunting portion of its schedule. A March 24 tie at Colorado started a stretch of three straight non-playoff teams, including D.C. United, which is 0-2-2. 913-387-3400. Tickets are $30-$88 through sportingkc.com.

Children through age 10 can participate in the Hyde Park egg hunt, which will be organized into age groups to give every child a chance to find plenty of plastic eggs filled with candy. Other activities at the 21st annual event hosted by Pilgrim Center will include supervised games, pony rides, an obstacle course, a petting zoo and face painting. facebook.com/events/221964535029515. Free.

After winning just two games in February, the Mavericks rebounded in March to give themselves a legitimate chance to make the ECHL playoffs. Their hopes could come down to his game, their home finale. The local hockey team is in a tight battle with the Indianapolis Fuel and the Kalamazoo Wings for the fourth and final playoff spot in the Central Division. 816-252-7825. Tickets are $11-$55 through kcmavericks.com.