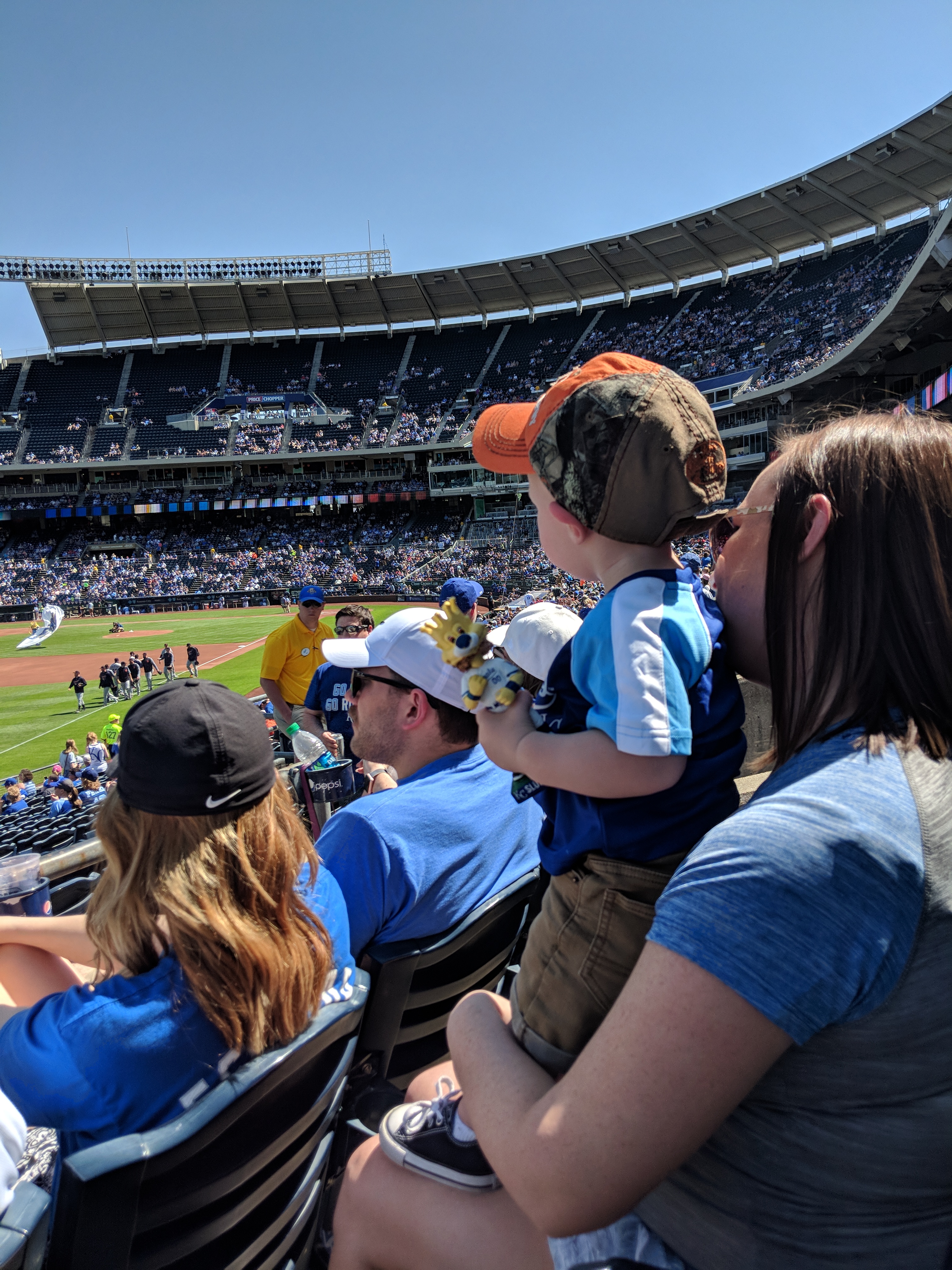 About a week ago, we took my 1-year-old nephew Rhett to Kaufmann Stadium for his very first Royals game. Let me tell you – on a very hot day in May, no one expects for that scenario to go well. We had a blast!

Since we’re not parents (just the world’s greatest aunt and uncle) – we learned about a ton of perks for the littlest nuggets when you take them to a game. 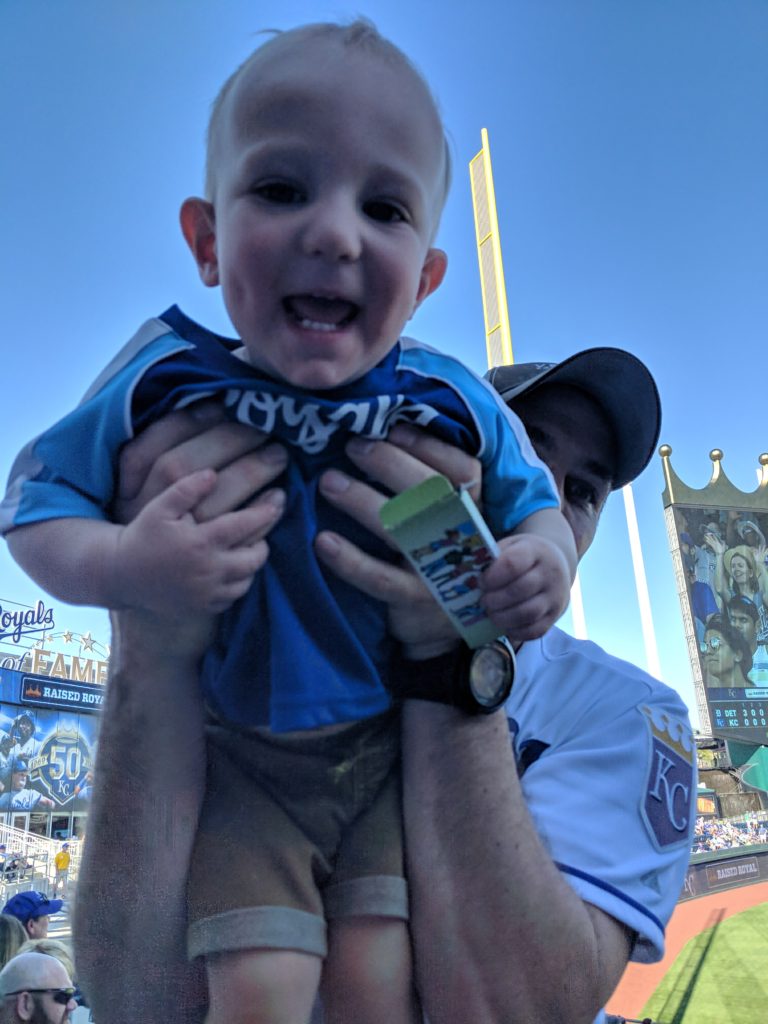 The official site says that kids under 32 inches tall can attend the game for free with a parent. This meant that Rhett came along at no extra cost. Naturally, he didn’t have a reserved seat – but that didn’t seem to matter much. He spent most of his time hopping across our four laps and exploring the ground around our feet. 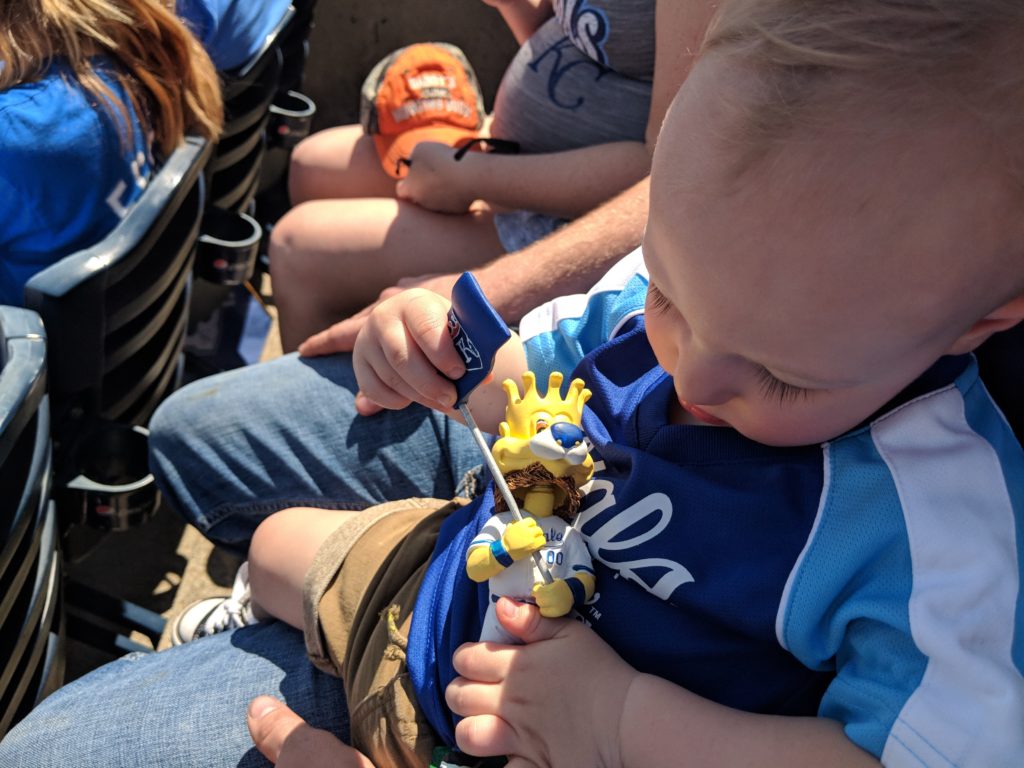 You know those free bobble head promos for the first 1,000 or 10,000 or something nuts? Well, we magically made it in the door for that. While walking in, we were each handed a Sluggerrr bobble head. As soon as we sat down, my brother (Rhett’s dad) opened one up and handed it to the kid. He. Was. So. Happy. Sluggerrr kept him entertained for more than 7 innings despite heat, sun and a fairly slow game.

On the lower level behind the Diamond Club, you can pop into the Guest Services office. Inside, the awesome crew will fill out a first game certificate noting the kid’s name, the date and the teams on the field. It has some cool Royals branding. The included 529 investment plan kit was a little odd, but the whole shebang also included some colored pencils and a “future career” coloring page that added even more entertainment to sitting in our seats. While not 100% necessary, Rhett’s cute little photo holding his certificate in front of the field is sure to be a keeper. 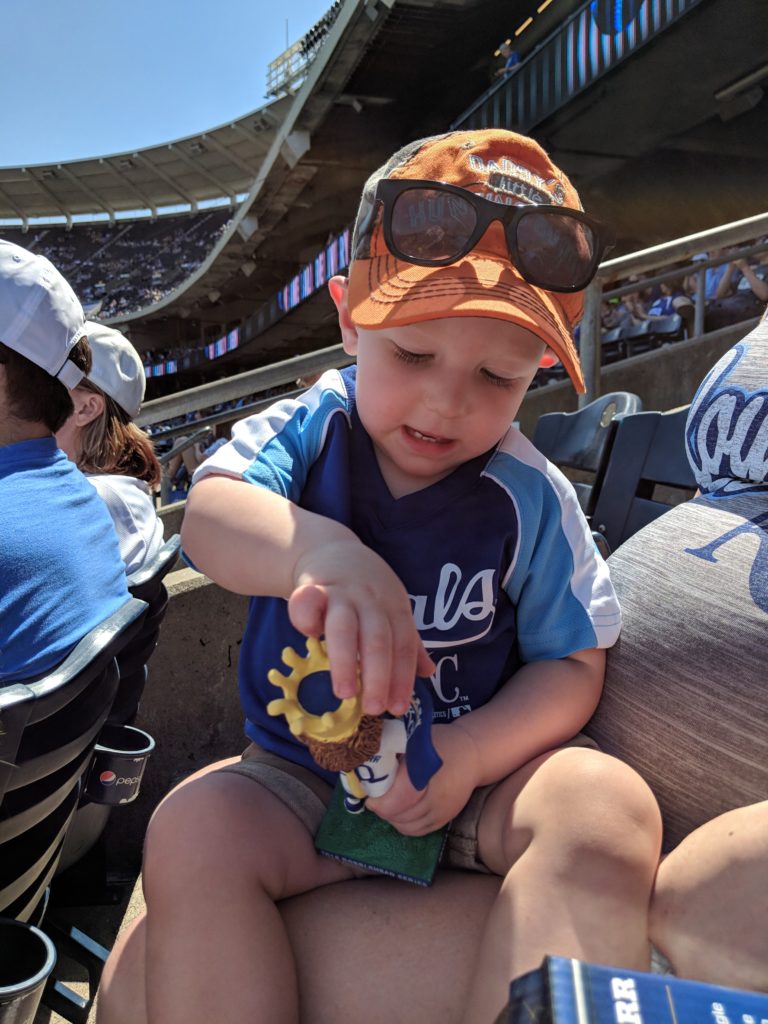 Popsicles for the ultimate win

We lucked out with taking one of the coolest kids on the planet – so let’s just start there. Under typical circumstances, I would not expect a day at the ballpark with a 1-year-old to go quite so well. Rhett was super patient, chill and really enjoyed soaking up the over-stimulating atmosphere. Even with his awesome personality, the heat was a lot to handle for all of us. We broke down and purchased the cheapest snack in the ballpark: giant push-ice popsicles. At about $4 a pop, they weren’t a total drop in the hat – but they were absolutely worthwhile. With 4 adults and 4 popsicles, Rhett stayed busy working his way up and down our row – sampling all 4 flavors and returning to his favorites. It was a genius accident that kept us all cool.

Be early to meet actual Sluggerrr

We had multiple close calls with Sluggerr while sitting in our seats. Lucky! The kid was mesmerized and excited that the real thing match the bobble head he was toting around. We made half an attempt to actually go meet Sluggerrr on the kids’ field in the 4th inning. Eh – no go. The massive line wound around directly in the sun. We opted to grab another snack and go back to our seats…no loss and absolutely no sweat. If you’re really desperate to meet him up close and personal – go before the big announcements are made and snag your place in line under the shady awnings. 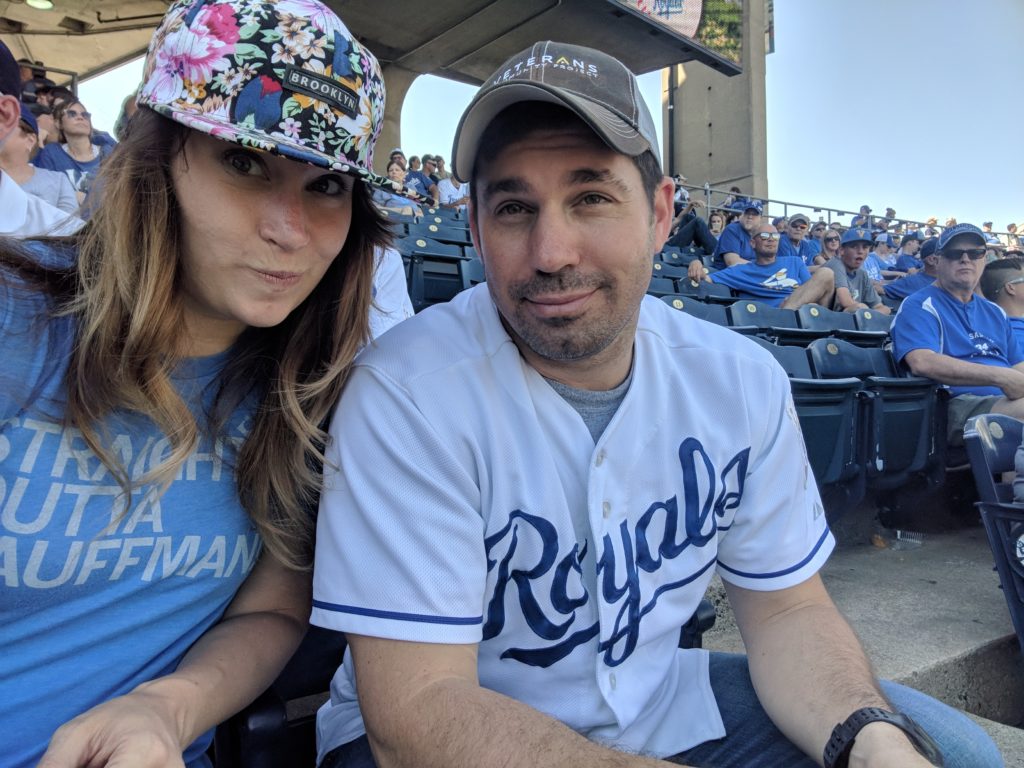 All in all, we had an absolutely awesome day and were thrilled to raise another little Royal in the family. We can’t wait to take him back for his next game – and maybe keep expanding on that bobble head obsession.